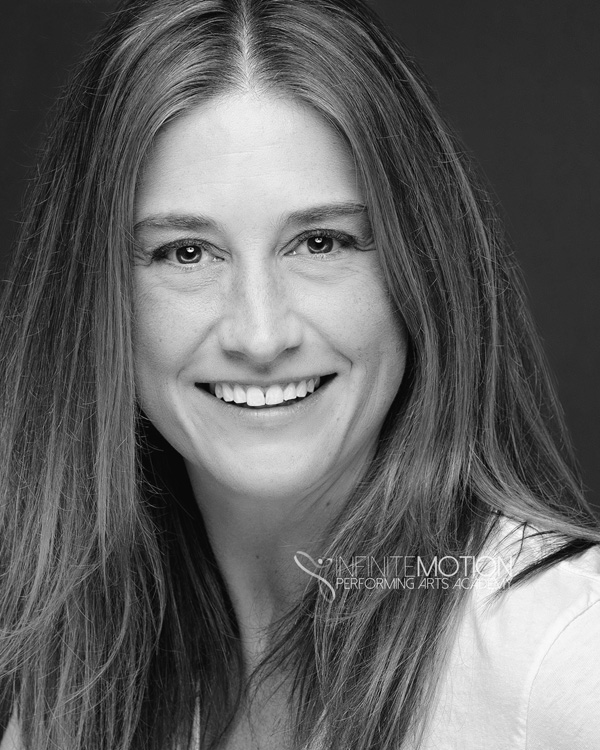 COLLEEN began her training at the age of three under the direction of Barbara Mullen at Londonderry Dance Academy. While a student there, she studied the Royal Academy of Dance syllabus, passing all of her RAD examinations, Grade 1 through Advanced. She graduated with a Bachelor of Fine Arts in dance performance from Butler University in 2001. While attending Butler, she performed with Butler Ballet, dancing in productions of The Nutcracker, The Sleeping Beauty, Giselle, Swan Lake, and Coppelia.

Colleen has also performed with Ballet Internationale and Geoffrey Doig Marx’s, The Mantis Project. She has been teaching dance for 14 years at studios in NH, NJ, and NY. She has taught students as young 18 months old, specializing in pre-school and Mommy and Me classes. Colleen also teaches ballet, pointe, tap, jazz and contemporary.

Colleen was a member of SynthesisDANCE under the direction of Tracie Stanfield for nine years. While with the company, she was lucky enough to perform at venues such as Symphony Space, The Duke Theater, SoNo Arts Festival, Di Capo Opera Theater, Brooklyn Dance Festival, Salvatore Capezio Theater, The International Dance Festival NYC, and The Grier Gala, among many others.

Colleen was also a guest artist with The New England Dance Ensemble for over ten years. She would join the company for their yearly production of The Nutcracker, dancing roles such as Snow Queen, Dew Drop Fairy, and Arabian. She was also in their production of Coppelia as a Mazurka Soloist and Dawn. Colleen has been a member of the Infinite Motion faculty for 4 years. Currently she is the head of the ballet program for all company dancers. She is looking forward to another exciting year with this amazing team!

We Give Back. The performing arts should be used as a vessel for giving back. We are proud to say we have raised thousands of dollars for many causes including the St Baldrick's Foundation, the Valerie Fund, the American Foundation for Suicide Awareness and Autism Speaks. Helping others while getting to do something you love is an AMAZING way to let your child know they have the power to make a difference and change someones life!
Infinite Motion